Here are some photos. 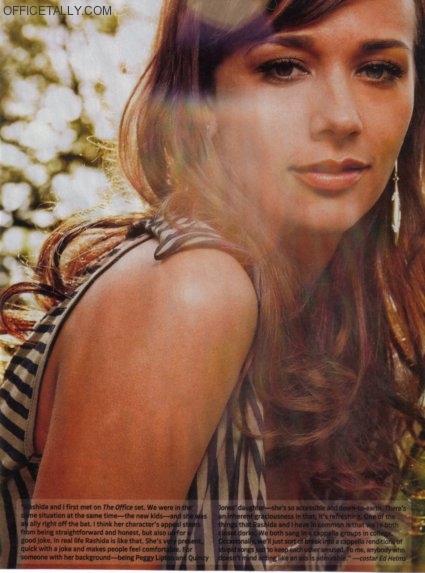 The caption reads: “Rashida and I first met on The Office set. We were in the same situation at the same time — the new kids — and she was an ally right off the bat. I think her character’s appeal stems from being straightforward and honest, but also up for a good joke. In real life Rashida is like that. She’s very present, quick with a joke and makes people feel comfortable. For someone with her background — being Peggy Lipton and Quincy Jones’ daughter — she’s so accessible and down-to-earth. There’s an inherent graciousness in that; it’s refreshing. One of the things Rashida and I have in common is that we’re both closet dorks. We both sang in a cappella groups in college. Occasionally, we’ll just sort of break into a cappella renditions of stupid songs just to keep each other amused. To me, anybody who doesn’t mind acting like an ass is admirable.” — costar Ed Helms 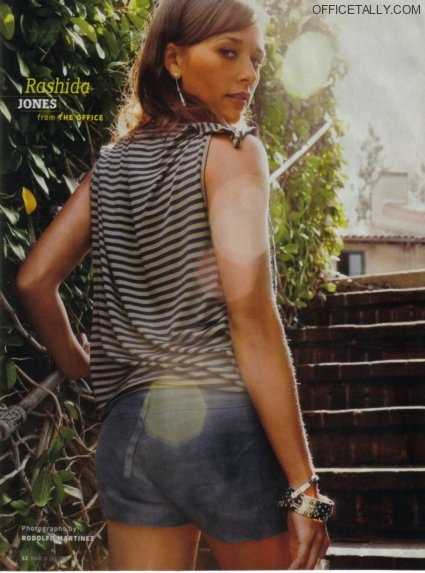