Found at the Vancouver Library: 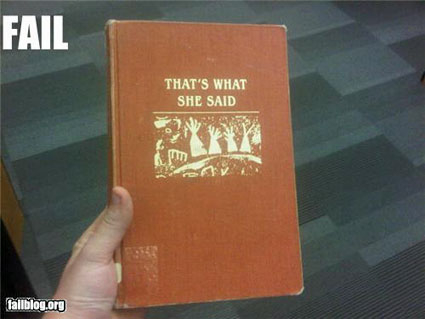 Entertainment Weekly’s Michael Ausiello spoke to The Office’s Mindy Kaling about her choice for new boss when Steve Carell leaves:

“I’d love to see Rainn Wilson in that position,” says coexecutive producer/costar Mindy Kaling, who snagged a much-deserved Emmy nomination for co-writing last season’s four-star Jim/Pam wedding episode. “Dwight has become so nuanced — you actually care about him now. I think if [we did a good job laying the groundwork] this coming season, he would be a fantastic boss.

“But that’s my dream,” she adds. “It certainly hasn’t been approved by people that are more powerful than me and who make those kinds of decisions.”

Mindy goes on to say:

“We’re still infatuated with Steve and love him so much that we’re hoping for some 11th hour like, ‘I really do like this schedule and I like craft services here, so I don’t want to go.’ But I’m going to take him at face value and [assume] he’s not being coy and that he really wants to [leave].”

The Office’s Steve Carell made his first ever visit to The Colbert Report tonight! Or as Colbert calls him, “the inferior half of Even Stevphen.” :)

Synopsis (from IMDb): A trio of orphan girls causes the normally deplorable Gru (Steve Carell) to rethink his plan to steal the moon. 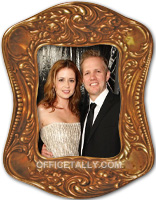 Writer Lee Kirk and The Office’s Jenna Fischer got married this weekend, according to a tweet from Rainn Wilson:

Much happiness to you both. :)

iTunes is currently offering the Season 1 pilot episode of The Office, in both standard and high definition, for FREE!