Summary (NBC): Everyone in the office is excited when promos start running on TV for the documentary. Dwight makes Angela jealous when he starts dating a brussel sprout farmer. Meanwhile Jim has a big meeting with Major League baseball player, Ryan Howard. Guest star: Ryan Howard.

END_OF_DOCUMENT_TOKEN_TO_BE_REPLACED

Here are clips from The Office episode, Promos, airing April 4, 2013.

Clip #4: a long promo with a new Angela/Oscar scene:

Clip #1: a sneak peek from Promos.

Note: this clip aired during Jenna Fischer’s March 19 visit to The Tonight Show;
that’s why you hear audience laughter.

Previous posted clips on the next page. 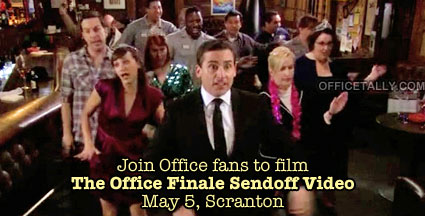 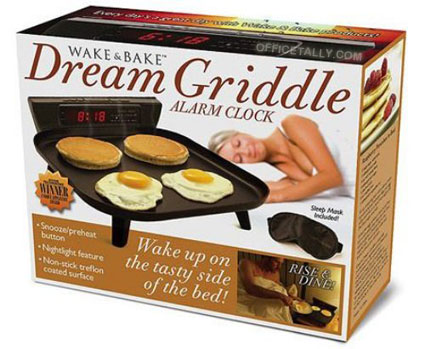 Know someone whose hobbies include cooking and/or sleeping? Then the Dream Griddle is the perfect gift! With industry-leading features like a convenient Snooze/Preheat function and a built-in carbon monoxide detector; it’s easy to see why Wake & Bake is the clear choice.

“Most nights before I go to bed, I will lay six strips of bacon out on my George Foreman grill. Then I go to sleep. When I wake up, I plug in the grill. I go back to sleep again. Then I wake up, to the smell of crackling bacon. It is delicious, it’s good for me, it’s the perfect way to start the day.” — Michael Scott from the Season 2 episode, The Injury

John Krasinski and Executive Producer Greg Daniels talk about what’s given The Office and its stars staying power.