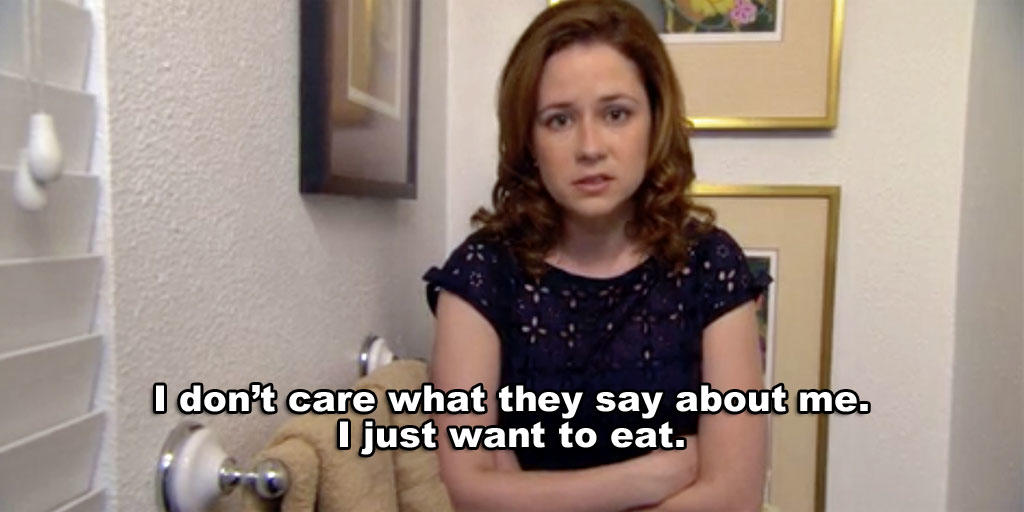 I don’t care what they say about me. I just want to eat.
— Pam, Dinner Party

Pretty much how I feel every four hours or so. #AlwaysHungry

See Angela Kinsey in the TBS comedy “Your Family or Mine,” which premiered on TBS April 7, 2015.

Summary
The series follows Oliver and Kelli, who are living proof of the old saying, “When you marry someone, you don’t just marry them, you marry their whole family.” According to Deadline, Angela plays “Claire, Oliver’s sister-in-law, married to his brother Jason (Danny Comden), who gets the brunt of her in-laws’ insults, which she doesn’t handle well.”

Here’s the latest news, sales, and discounts on The Office merchandise. 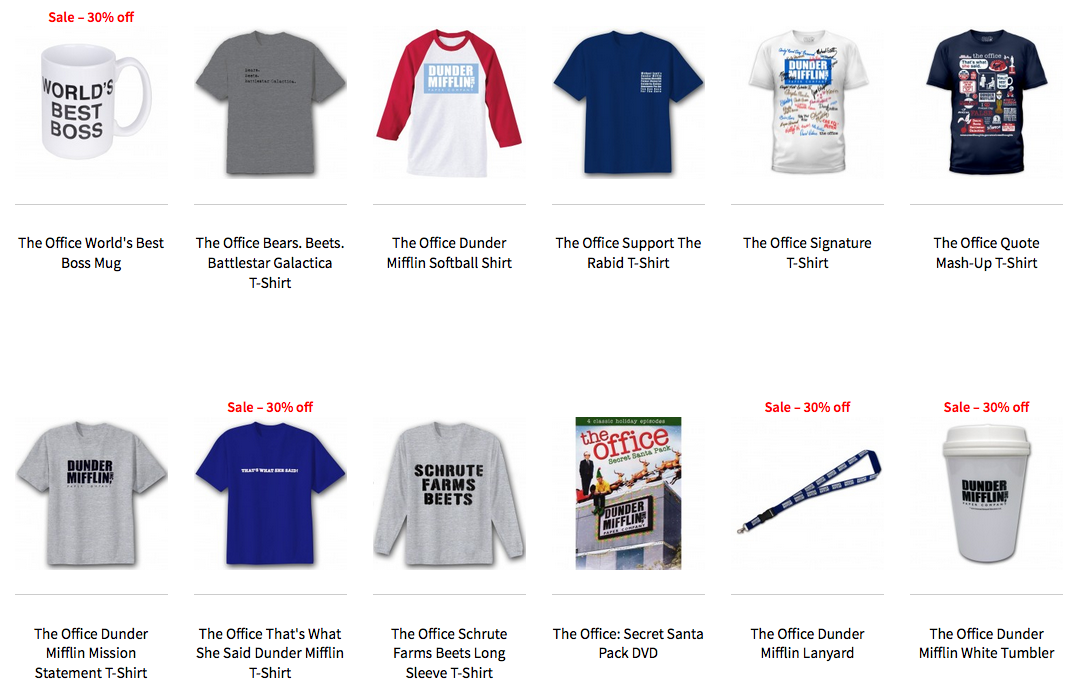