Regan’s photos show the signs “HAY PLACE A PLACE FOR HAY,” “ROLL IN THE HAY,” and “HAY MAZE.”

“I was at the office set… and I saw them filming outside… what I saw outside was a set made of hay, with a sign up that said ‘Hay Place, A Place for Hay.’ It was a sort of festival, and there were kids there playing in hay, and there were events such as ‘Roll in the Hay’, things like that. Rainn Wilson was dressed up in a crown and cape, and calling himself the ‘Hay King.’

I saw them carrying some sort of meat on a stick off the set… Rainn has a picture of this saying it is goat. If you look in the background, you can actually see the hay too.” 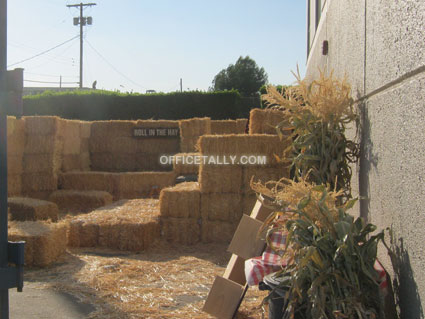 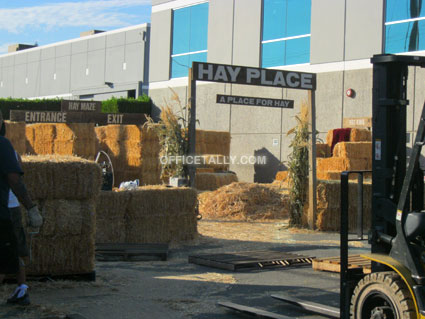