One of the coolest TV commercials during yesterday’s Super Bowl was one for the NFL itself called “Best Fans Ever” — showcasing football fever in 20 of America’s favorite shows, along with all 32 NFL teams:

The Office makes its appearance at :14, with a scene from Season 4’s ‘Launch Party.’ 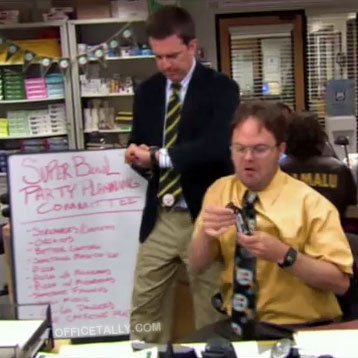