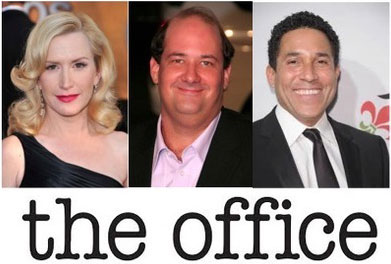 CharityBuzz is offering lunch with The Office accountants!

For the first time ever, enjoy lunch for 2 in LA with all 3 of NBC’s “The Office” Accountants. Dine with primetime TV’s most notorious accounting team. Angela Kinsey, Brian Baumgartner and Oscar Nunez, who played ‘Angela,’ ‘Kevin,’ and ‘Oscar’ respectively on NBC’s Emmy-winning series “The Office.” You and your guest will enjoy lunch Hollywood-style during this exclusive, once in a lifetime affair.

Here are tweets about the final week of shooting The Office.

Thank you all for your lovely tweets! Means a lot!

It was the greatest honor to be a part of this show!Thanks for getting behind it.Yup… That’s what she said.

I can’t thank you all enough for the tweets today. I will read them all over the next few days. Thank you all for your support of the show!

There is truly nothing any of us can say that could be enough.But to each and every fan of our show we simply say… We love you.

More on the next page.

About to shoot the final scene of the Office. twitter.com/MrCraigRobinso…

Here are some awesome photos from Brian Baumgartner’s visit to Banfield Pet Hospital yesterday! Did any of you guys attend? 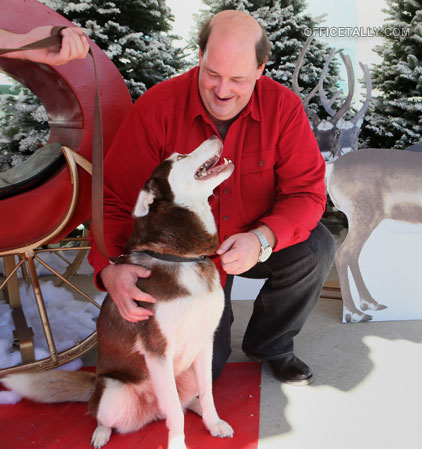 END_OF_DOCUMENT_TOKEN_TO_BE_REPLACED

The Office co-star Brian Baumgartner is staying in business with the series’ boss Greg Daniels. Daniels is executive producing a new new single-camera comedy to star the original Office cast member, which has landed at ABC. The untitled half-hour centers on Norman (Baumgartner), a mid-level airline executive fights to experience winning again… At anything.

Here’s a comedy clip from last night’s ‘Jimmy Kimmel Live!’, with an appearance by The Office’s Brian Baumgartner.

Here’s a clip with Blake Griffin from last year’s special.

Brian gets a lesson in explosiveness (and an alley-oop) from 2010 Slam Dunk Champion Blake Griffin.

Who can punch softer, The Office’s Rainn Wilson or Brian Baumgartner?