Well, I finally located my camera with the all-important photos… so here goes.

I was lucky enough to have won one of the auctions for tickets to the Fur Ball at the Skirball on September 11, 2010. This event was held to benefit Kitten Rescue, an organization near and dear to my heart because my 4 month old kittens are KR babies.

I arrived as Jenna, Ellie, and Angela were taking pictures on the red carpet. They all looked great! I thought I spied Zach Woods as well, but wasn’t sure.

There were appetizers and cocktails on the back patio. Jenna and Kitten Rescue were presented with a commendation for their work finding homes for thousands of kittens over the years.

I headed up to the mezzanine to check out and bid on several items, including a script for Niagara and an Angela bobblehead. Since I was by myself, I had a nice time checking out all the auctions.

Jenna and Angela made their way up eventually and I screwed up my courage and identified myself as a Tallyhead who was going to be sitting at her table. They were both very sweet. I had my photos of my kittens, and like any daft new mother, forced everyone to look at Charlie and Marley (thanks for your patience!)

I found the host table, front and center, and watched some great Irish dancing on the stage while people trickled into the ballroom. The goodie bags were bulging with schwag… I ended up next to Lee Kirk, Jenna’s husband.

At this point, I think I was on my third glass of wine, so the order of things might be off. I had great conversations with Zach and Ellie, mostly about how crazy I was about them joining the cast. They were very accessible and sincere.

I called Kate Meredith at least twice, something she’s used to, I’m sure, and complimented her work with Lampshades. Dinner was delicious! (So was the wine.)

During dinner sometime, they started the live auctions- Jenna put an answering machine message up for bid. Two of the stars of Battlestar Galactica did the same.

Then at last, the big prize! An Office set visit. I’ve been wanting to visit the set of The Office forever. Every auction I’ve watched go for impressive figures, totally out of my reach. Anyhow, the three glasses of wine totally went to my head and I bid on the set visit and won. I’m going to the set of The Office! I need a companion to join me. Anyone want to split the donation to Kitten Rescue with me and meet the cast?

After the festivities, I talked to Oscar for a bit- very sharp guy. It was late- most people had already left. I asked Jenna if I could take the left over goodie bags to maybe offer on OT for a donation to KR. She said of course.

Thanks, Tanster, for hosting the auction and providing me the opportunity of a lifetime! 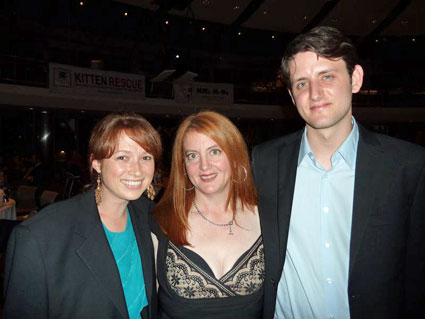 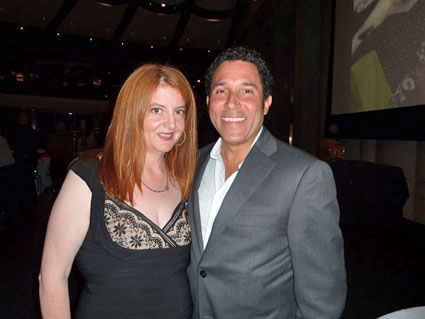 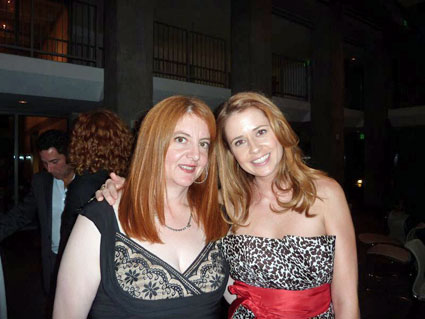 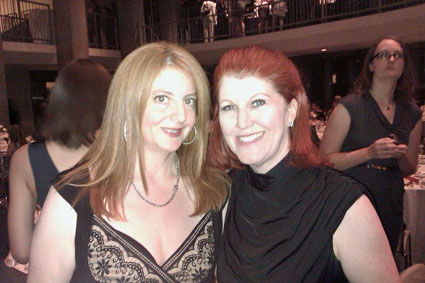