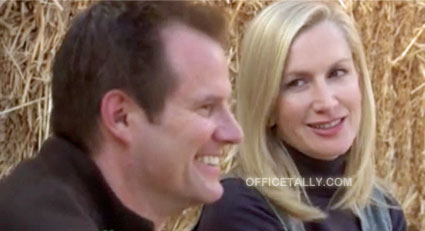 In Jack Coleman’s first appearance on the show in the episode WUPHF.COM, he meets Angela Martin at Hay Place when he asks Angela if he and his son can share a seat with her on a bale of hay. He laughs at her “Pay Place” and “Thanksgiving-Me-Your-Money Day” jokes. In a later scene, as he leaves Hay Place, this conversation takes place: 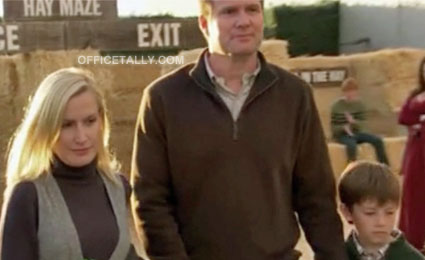