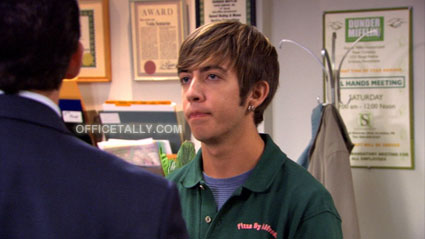 When Michael gets into a dispute with the Pizza By Alfredo delivery guy over the cost of the pizza order, Michael takes him hostage and locks him in the conference room. 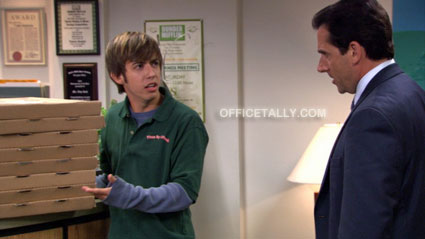 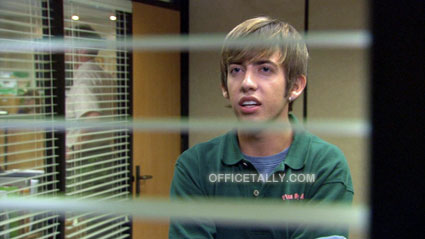 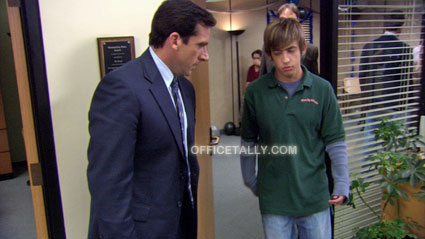