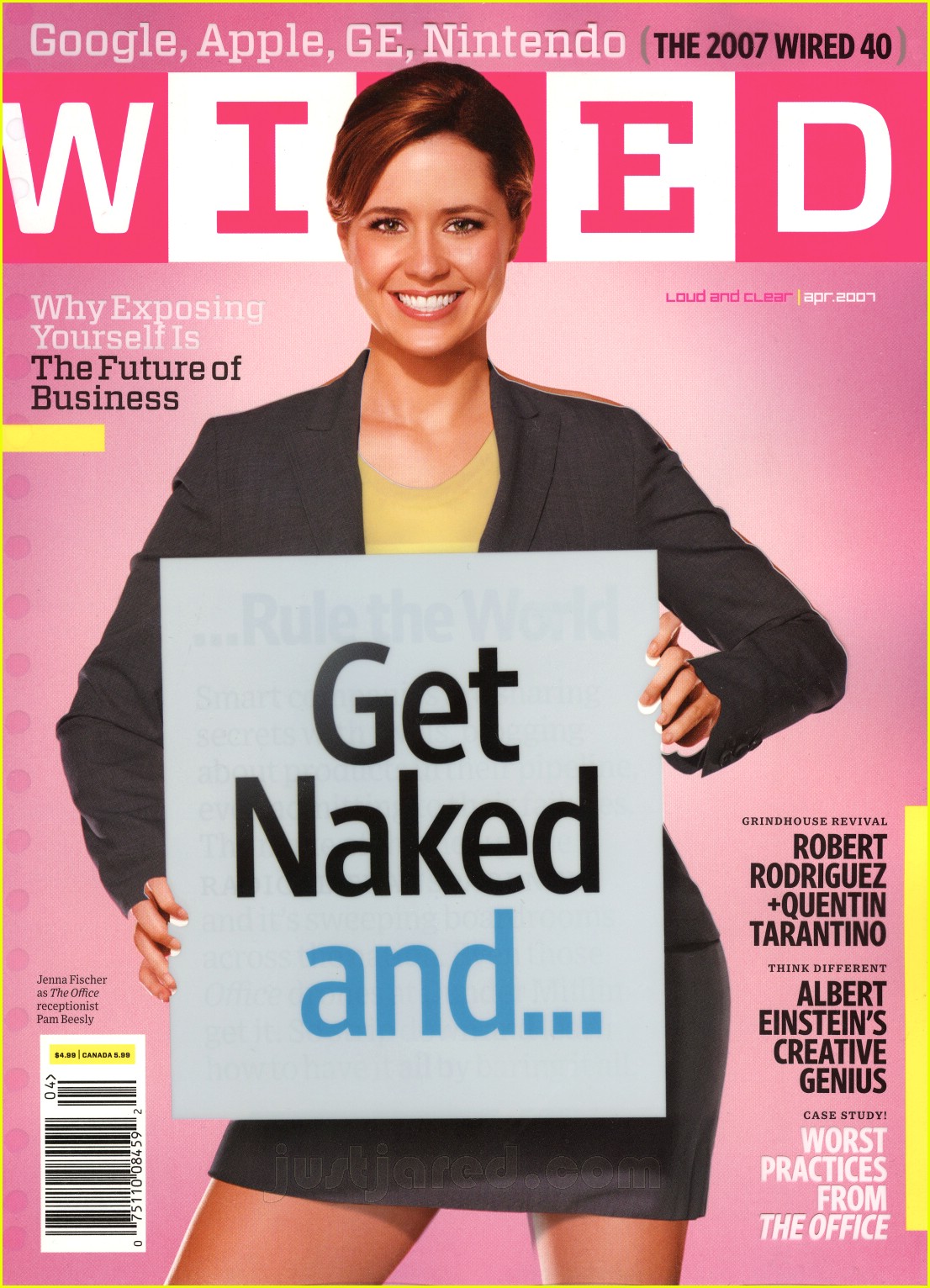 The latest issue of Wired Magazine features an eye-catching graphic of Jenna Fischer naked and the article, “What We Can Learn from The Office.”

Here’s what the Wired blog says about the cover:

The April cover of WIRED features a package of stories about radical transparency, our notion that the next model of business success is laying your company bare to the world—sharing secrets with your rivals, blogging about ideas as you have them, and copping to fumbles and foibles as you make them. The concept was crisp, but we all struggled with how to portray a pretty complex idea in the three-second visual byte that is the modern magazine cover. If you’re talking about transparency, the obvious metaphor is clear: you’re naked.

So of course, WIRED being WIRED, we wanted a cover that was smart and showy. And as Creative Director I wanted something that hadn’t been done before. We settled on the idea of printing on clear acetate. But it had to be interactive. Now you’re in a business suit—now you’re not.

Then we wrestled with the question of how to best show the real goings on inside the modern American office. How about using “The Office” as a model? And who would we like to see practicing what we’re preaching? Dwight? Ehhh…notsomuch. Of course, Pam. So we called NBC and pitched our idea and Jenna Fischer (thankfully!) liked the idea.

Michael Elins photographed her in Los Angeles in a dingy little studio. And yes, the whole thing is real; we shot it in two parts, Jenna in her business suit and her birthday suit (really). She was a great sport about the whole thing. Funny and endearing.

And no, I don’t have outtakes.