This one of a kind authentic VICTORINOX Swiss Army timepiece, inscribed with “THE OFFICE 100,” was presented to Rainn by the series creators and NBC to commemorate the show’s first 100 episodes.

Rainn says: “This was a cast and crew gift given by the producers for a Season 5 wrap gift. I never wore mine, but put it aside. I don’t wear Swiss Army because I don’t believe in the Swiss Army. If it were an Israeli or North Korean army watch, I would have worn it in a heartbeat!” 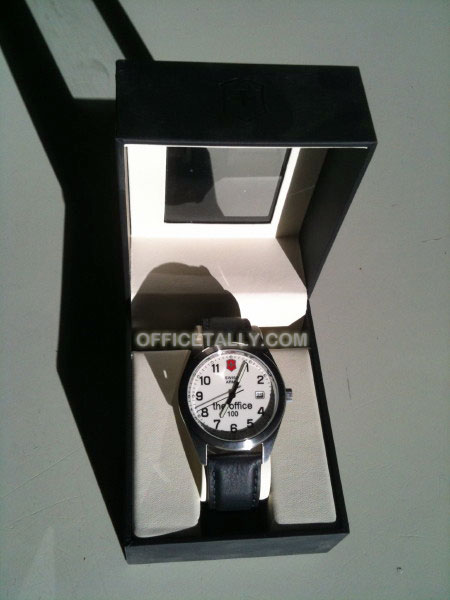 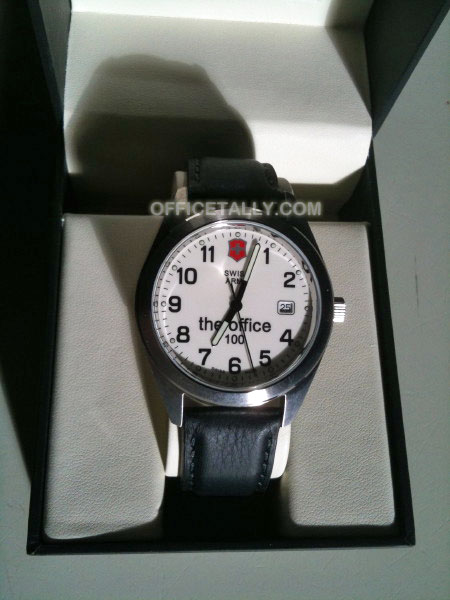 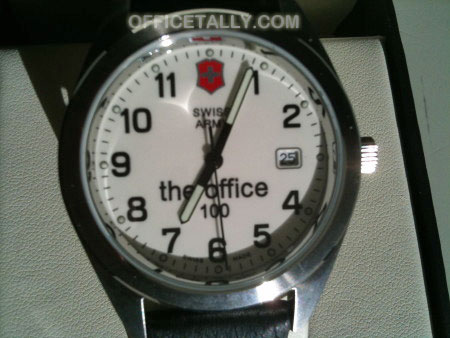