This is the ‘Three Wolf Moon’ t-shirt worn by Rainn Wilson (“Dwight Schrute”) in the Season 6 wedding episode of THE OFFICE, Niagara!

About the item: You may already know about the magical properties this shirt has on its own, as described on Wikipedia. But because this shirt was also worn by the man himself, Dwight Schrute, it is even more powerful and alluring! It is a size XL. The shirt will be autographed by Rainn!

Michael: What are you wearing?
Dwight: What? It’s a casual, social outfit.
Michael: Looks like you’re going to a fish fry, Dwight.
Dwight: No, they’re howling at the moon. It’s suggestive to women because of howling during sex. 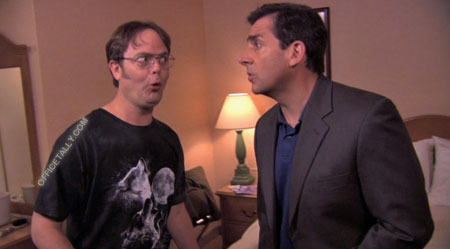 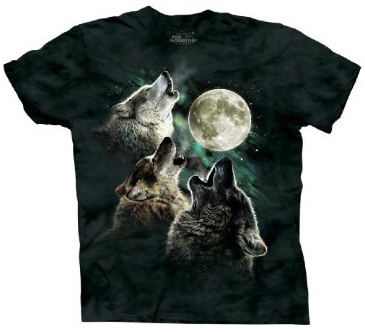 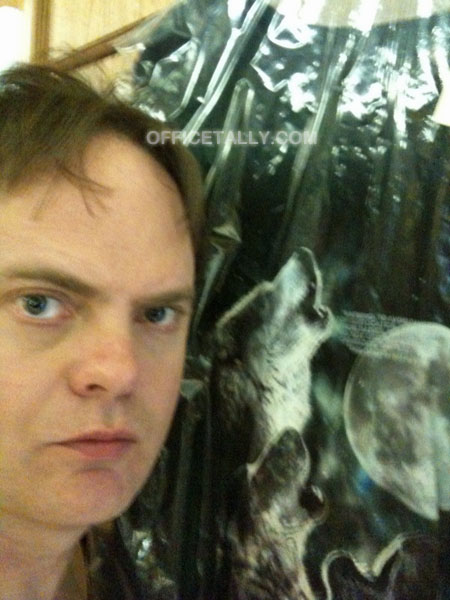