This “World Anime Expo Philadelphia 2002” t-shirt was created for the classic and much loved Season 1 episode of THE OFFICE, Basketball. It is a size XL. Be the envy of your beet-eating anime-loving friends. The shirt will be autographed by Rainn! See more photos here.

Rainn says: “This shirt should be going into the Smithsonian, instead it can be worn on your torso. Priceless and one-of-a-kind for any real Office fan.” 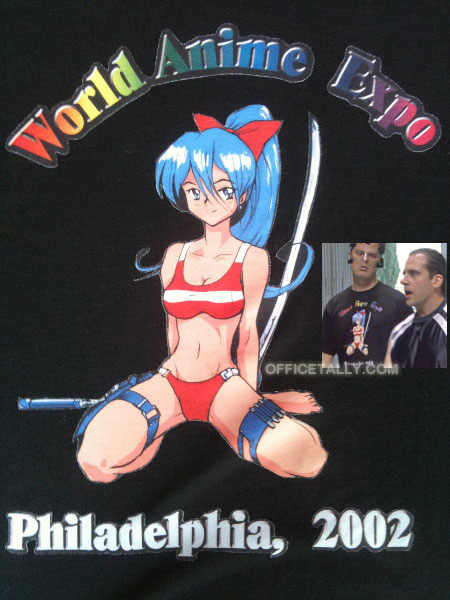 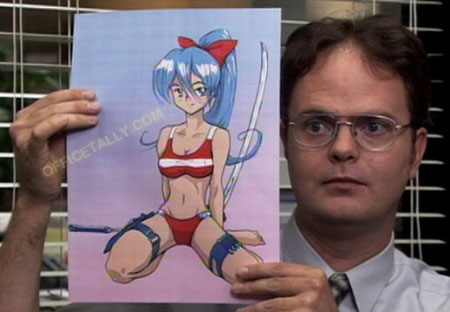 From a deleted scene of the Season 1 episode Hot Girl: “The perfect girl for me would be Konikotaka. She has the most amazing story. She was orphaned at the age of ten when both her parents were assassinated, and she was taken in by a wealthy but very cruel businessman. So she practiced Aikido in secret for years until she could avenge the death of her parents. She’s also a survivor of monster rape.”