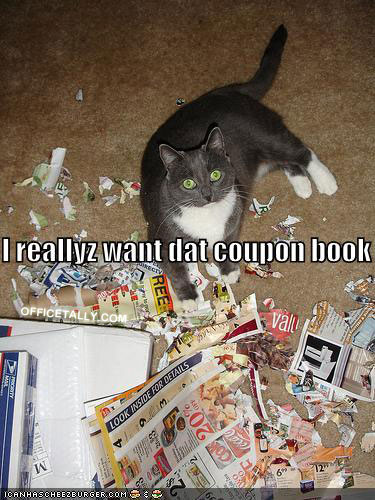 Since I canceled the costume contest (not enough entries), would you be interested in a lolcat competition instead? We haven’t done one since January 2009 (see The Office Lolcats archive) so we’re due. Those Office Monopoly games aren’t going to give themselves away. :)

Post a comment if you’ll play. We’ll have a contest if there is enough interest. K THX