A little late, but here’s my contribution to the frowning flower girl meme. 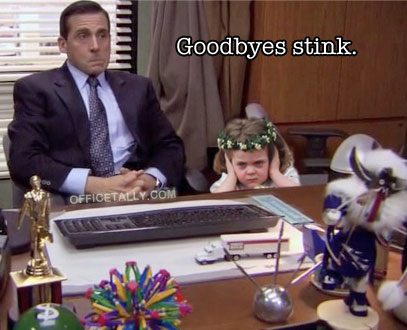 Scene and quote from Michael Scott’s final episode on The Office, Goodbye, Michael.

The Office’s Angela Kinsey visits Steve Carell in his trailer for an exclusive farewell. 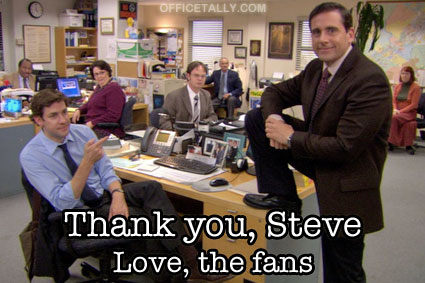 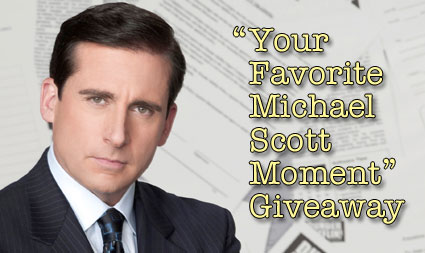 To enter, just share your all-time favorite Michael Scott moment.
There are so many to choose from!

UPDATE: congratulations to Kimba, Jackie, Becca, LovesItalianFood, Jerry, and Chris Cho — you are the giveaway winners! Check your inbox for an email from me…

END_OF_DOCUMENT_TOKEN_TO_BE_REPLACED

Here’s a collection of articles about tonight’s episode of The Office, ‘Goodbye, Michael’.

There are no outright spoilers, but there are spoilerish tidbits sprinkled throughout.

Here are clips of this week’s episode of The Office, Goodbye, Michael.

END_OF_DOCUMENT_TOKEN_TO_BE_REPLACED

We’re kicking off ‘Goodbye, Michael’ week with the ‘Michael Scott in the Wild’ poll.
Thanks to all who submitted entries!

Please vote for your favorites (up to three) by Wednesday, April 27, 11pm PT.

The top three vote-getters will each receive some Office goodies, with the top vote-getter receiving goodies + a Dunder Mifflin messenger bag!

(Here are the original contest details.)