UPDATE #1: here are photos and information on the Target and Best Buy special editions, thanks to Tallyheads feared and loved, kreidy, Dustin, Justin, and Megan!

UPDATE #3: Tallyhead Megan describes the new scenes in the Sabre and Whistleblower extended episodes on the Target special edition. 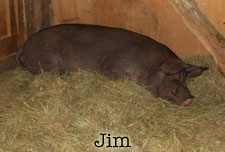 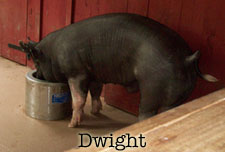 TBS is airing a 20-episode marathon of The Office today from 10am-8pm!

Here are the episodes scheduled:

Here are photos from The Office Season 7 premiere.

END_OF_DOCUMENT_TOKEN_TO_BE_REPLACED

“He’s probably the only guy who can do it, and he’s doing TV now,” Paul tells us of the Oscar nominee, who recently starred on ABC’s Life on Mars.

Paul is so jazzed about the idea of Harvey joining the show, he already has a bulk of the maybe-replacement’s role already written.

“He’s an old salesman who thought he could retire and the stock market went down, and he has to come out of retirement to work for a few years.”

Link: Steve Carell’s Replacement on The Office to Be… Harvey Keitel?! 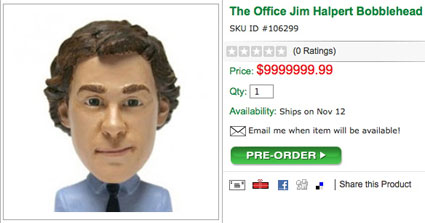 UPDATE: The price, pre-order button, and release date have now been removed from the page.

Currently posted at the NBC Store:

The bobblehead ships on November 12. Hopefully there will be a sale before then. :)