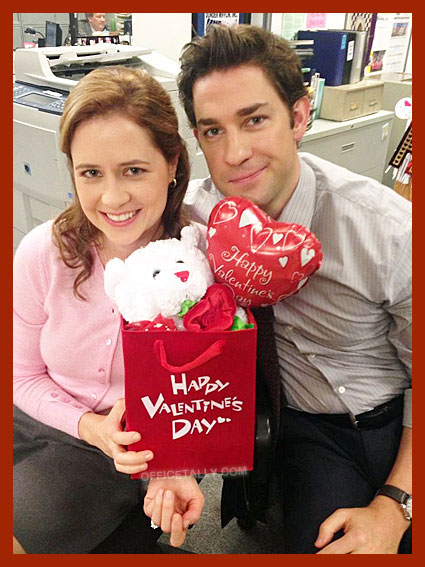 Kate Flannery stars in the best running gag this season, and it’s time to honor it.

Ever since The Office episode, Lice, where Meredith shaved her head, she’s worn a different wig every subsequent episode. I look forward to it every week!

Here’s a promo of The Office episode, Moving On, airing February 14.

Remember this is a ONE-HOUR episode! 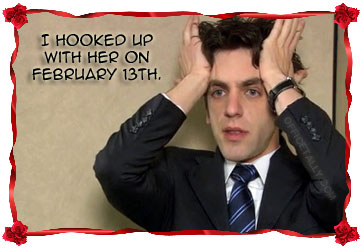 A classic line from The Office Season 2 episode, Valentine’s Day.

In this past week’s episode of The Office, Couples Discount, Jim gives Pam her sketch in a frame for Valentine’s Day.

Where have we seen that sketch before? END_OF_DOCUMENT_TOKEN_TO_BE_REPLACED

The Office episode airing on February 14, Moving On, has been supersized to one hour, according to NBC.

Even better, I’ve confirmed with The Office producers that the second half hour doesn’t count as an episode, so we’ll still have eight episodes left to air after next week.

Summary (NBC): Erin is nervous for Andy’s return — the office pairs off into pretend couples to take advantage of a Valentine’s Day discount at a local mini-mall. Erin assures Pete she will break up with Andy when he returns, but he has good reason to doubt her. Jim and Pam share a meal with Brian, the documentary’s sound man.